It should come as no surprise that science is influenced by politics. Scientists are people, too, with the same kind of political beliefs and biases that everyone exhibits to one degree or another. It’s natural for people with a strong ideological predisposition to want the science to match their beliefs. Therefore, we should regard with healthy skepticism any "important new study" that just happens to support whatever is politically fashionable. 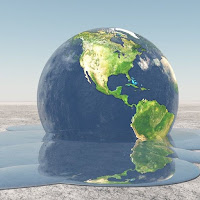 Somewhere along the line, however, elite commentators seem to have lost their own skepticism. For them, "The Science" is a tool to denounce opponents as not merely wrong, but intellectually ignorant to boot. They portray their own views as developing from The Science, but often it's the other way around.

I wrote on this topic for National Review last week, and I've posted the whole piece below:

Why Americans Are Skeptical of “The Science”


Many elite commentators complain about Americans’ reluctance to accept the Science (with a capital “S”) underpinning certain political issues. They blame cognitive dissonance, ignorance, and even delusion. But maybe it is something else -- the wisdom of experience.

I was reminded of that last week when writing about the affirmative action case currently before the Supreme Court. The case rests on whether states’ interest in diversity at public universities can justify racial discrimination. Briefs from several authoritative-sounding academic organizations such as the American Educational Research Association argued that diversity clearly improves higher education. So the Science has spoken!

And yet, as I noted, an actual perusal of the data on college diversity reveals the evidence is suggestive at best, not conclusive. Why, then, were the academic briefs so misleading? Consider for a moment what an official statement from an academic organization should look like. It should be a dispassionate, apolitical review of the relevant research. The statement should lay out what we know with reasonable confidence, what we do not yet know, and how we might expand our knowledge going forward. It should ideally take no position on legislation, court cases, or any other issue that goes beyond the data.

Needless to say, that’s not what the briefs are. They are political advocacy with a veneer of science -- full of value-laden language, tendentious literature reviews, excoriations of contrary research, and an unbridled confidence not befitting scientists.

The briefs are reminiscent of the same-sex marriage case from last spring, when the American Public Health Association offered up evidence that gays and lesbians suffer mental health problems when they cannot legally marry, then declared this evidence to be “another compelling reason” to support same-sex marriage. It turns out the evidence was not convincing in the least. And even if it were convincing, it would not necessarily follow that marriage laws should be changed. (If legalizing same-sex marriage makes Christians depressed, would that be a compelling argument against legalization?)

Not everyone reads legal briefs, obviously, but many people seem to have realized one way or another that academic organizations are not disinterested parties. Since those organizations cannot be trusted to offer apolitical expertise, then who can? It’s a serious problem, and until it’s solved, Americans are wise to be skeptical of claims that Science backs this or that fashionable cause.

A good example for me would be climate change. I know nothing about it. I would love to be able to read reports from, say, the Intergovernmental Panel on Climate Change and come away feeling like I have a good grasp of the scientific issues. And yet how could I be so confident, knowing what I know about politics infecting other expert reports? I would need to have amnesia. If elites in government and academia want Americans to be less skeptical about the Science, it would help for them to stop inserting politics under its banner.

After the NR post ran, a friend pointed me to a piece by Jose Duarte, a self-described non-conservative researcher who nonetheless understands why people on the Right would be distrustful of academics tackling political questions. He notes that conservative skepticism of politicized science is not a matter of ignorance at all, but rather experience. "The most highly educated conservatives are the most distrustful of academia," which exactly fits with my point above. The section in Duarte's piece titled, "Examples of the bias and its consequences" is especially recommended.

Posted by Jason Richwine at 7:22 PM
Email ThisBlogThis!Share to TwitterShare to FacebookShare to Pinterest