In the spring of 2013, the Social Security Administration declared that the Schumer-Rubio amnesty bill would have a positive effect on its budget. Supporters of amnesty immediately seized on the report as further evidence that immigration is a win-win-win proposition.

But it was deeply frustrating for immigration skeptics. SSA would not say how it did its calculations. We were simply given a table of projections and asked to accept them. What assumptions did SSA make about the lifetime earnings of immigrants? We don't know. How about immigrant skill levels? We don't know. What would happen beyond the 10-year budget window? We don't know.

The amnesty debate is filled with authoritative-sounding numbers, but just a bit of unpacking often reveals that the emperor has no clothes. That's the point of my new essay for National Review that came out this week. A sample:

[T]rade-offs rarely make for good political messaging. So when the Obama administration began its push for amnesty for illegal immigrants — first through the legislative process and then more recently through “executive action” — it needed a slew of ready-made talking points to counter every objection. The result was a politicization of statistics on a grand scale and, inevitably, a degradation in the quality of debate. Numbers from seemingly authoritative sources have been stripped of context and presented as argument-stoppers, with little attention to the actual data or methodology involved.
Consider a congressional hearing held March 17 by the House Oversight and Government Reform Committee...

Read the whole thing here.
Posted by Jason Richwine at 10:20 PM No comments:
Email ThisBlogThis!Share to TwitterShare to FacebookShare to Pinterest

Ever heard a contestant give a ridiculously bad answer on Jeopardy? Here are three recent favorites:

Category: Of the Game
Yakutsk and Irkutsk are two territories to conquer and control in this game of attrition.
Contestant: "What is Clue?"

Category: "A"cademy Award Nominees (correct response must start with "A")
11 nominations, 1984; it won 8 Oscars, including Costume Design
Contestant: "What is Titanic?"

One reason these are humorous is that Jeopardy contestants aren't random people off the street. They are all trivia geniuses. I'm pretty good with trivia myself, but I've repeatedly failed the show's entrance exam. There's really no shame in that. Think about it: There are roughly 245 million American adults, but only 350 or so get to play on Jeopardy each year. They are the crème de la crème.
.


Which provides another opportunity to look into the gender imbalance in elite intellectual pursuits. Should we expect men to perform better than women on Jeopardy? On average, men have superior visual-spatial skill, but Jeopardy requires little of that. More relevant would be mean sex differences on general information tests (male advantage) and verbal fluency (often a female advantage).

But here I'm interested less in means than in variances. The ability distributions for men generally have "fatter tails," meaning men outnumber women among both the worst of the worst and the best of the best, even when the averages are the same. If this is the case with trivia, we should see men disproportionately represented among Jeopardy contestants, and we should see greater disproportions as we look at more exclusive groups of contestants. That's exactly what we do see.

Percentage of women among...

The first two percentages are courtesy of a Slate article from last year. I calculated the last two percentages based on the winners of the annual Tournament of Champions and the five "best of the best" tournaments, respectively. (I did not look at lesser tournaments for teens, teachers, college students, etc.) Only three women -- Rachael Schwartz, Robin Carroll, and Celeste DiNucci -- have won a Tournament of Champions. When it comes to the "best of the best" tournaments, which bring together the strongest players in the show's history, just one woman has even made the finals. That was Leslie Frates, who finished third in the Tenth Anniversary Tournament back in 1993.

Robin Carroll is an interesting story. After winning her Tournament of Champions in 2000, she was the American representative in a special international tournament (not included in my best-of-the-best calculations), which she won handily. However, she had a significant advantage as a native speaker in an English-language competition. She has since competed in three best-of-the-best tournaments and failed to advance beyond the quarterfinals in any of them.

In my estimation, Pam Mueller is the best female Jeopardy player of all time. In the "Battle of the Decades," Jeopardy's most recent best-of-the-best tournament, she was the only woman among the nine semi-finalists. She did not make the final round.

So what's with this right-tail domination by men? I'm speculating here, but obsessiveness seems to be more common in males. People who immerse themselves in a passion, who devote their lives to it, who become almost Rain Man-like in their knowledge of it, are more often men. And the odder the passion, the more male the obsessives seem to be. Even the world's leading experts on My Little Ponies are men! A weird obsession with trivia is probably what it takes to be successful in a game like Jeopardy.
Posted by Jason Richwine at 9:36 PM No comments:
Email ThisBlogThis!Share to TwitterShare to FacebookShare to Pinterest

Reihan Salam wrote recently for NR about how containing costs through price controls -- a  supposed selling point of single-payer systems like Medicare -- can severely distort the way doctors and hospitals treat their patients. It seems obvious that below-market reimbursement rates will adversely affect treatment in one way or another, but the trade-off is not often acknowledged by Medicare’s boosters. 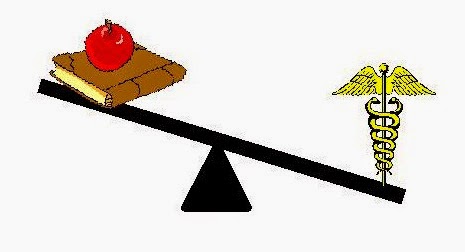 What’s always puzzled me is that the same people who use the cost-control argument in favor of single-payer healthcare would be horrified to see it applied to other types of government monopolies. Take public education. There is essentially a “single payer” for education within school districts. But public-school advocates would never argue that the system should be used to push teacher salaries down below market levels. In fact, raising teacher pay to be on par with the salaries of other college graduates is a perennial goal of progressives. What happened to monopoly cost control?

Imagine Republicans proposing to reduce school spending -- just as Obamacare reduced Medicare’s budget -- but insisting that it’s not a cut to services, it’s merely “savings” generated by squeezing education providers a little more. Democrats would cry foul, but that’s exactly how they sold cuts to Medicare.

The prevailing view on the Left seems to be that underpaying teachers is bad, but underpaying doctors is good. I understand that a wealthy doctor may be less sympathetic in the public mind than a school teacher, but they both respond to financial incentives. Underpaying either one is going to have consequences.

I first made this point in an op-ed for Forbes.
Posted by Jason Richwine at 10:31 PM No comments:
Email ThisBlogThis!Share to TwitterShare to FacebookShare to Pinterest
Newer Posts Older Posts Home
Subscribe to: Posts (Atom)