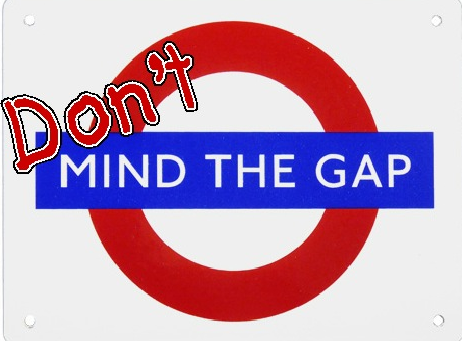 The success of an education policy should be measured not by how much it closes gaps, but by the degree to which it tailors instruction to individual student needs. School choice is probably the best way to pursue the latter goal, and I wish the Ryan plan—as positive as it is in most respects—had recognized that.
Posted by Jason Richwine at 9:37 PM 1 comment:
Email ThisBlogThis!Share to TwitterShare to FacebookShare to Pinterest

SPLC: Republican opposition to Common Core is “hate and extremism”

The editors of National Review (where I'm a contributor) warned last week that free speech rights are threatened by the pernicious notion that businesses should not enjoy First Amendment protections. The threat is real, but altering the Constitution like that is still a lot of work. Activists have an easier way to suppress views they don’t like: Just call those views “hate.”

The Southern Poverty Law Center (SPLC) runs a blog titled “Hatewatch: Keeping an Eye on the Radical Right.” It has a daily feature called Hatewatch Headlines, which is dedicated to "highlighting the best stories around the web on hate and extremism.”

On the same day as the NR editorial, Hatewatch Headlines offered a revealing selection. Amidst links to articles about secret KKK members, apologies for slavery, and anti-government terrorism, the SPLC listed a piece from the Washington Post titled: “Forget Obamacare. Common Core is the Republicans’ new big enemy.” 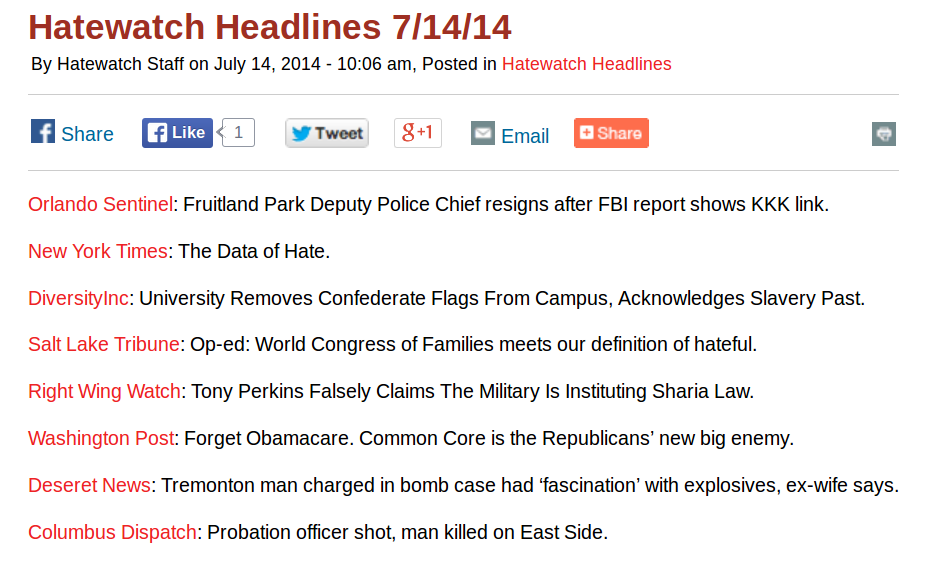 Common Core is the name for a set of K-12 education standards that supporters hope will become de facto national standards. (See here for my perspective.) Needless to say, what opposition to these standards has to do with Klansmen and terrorists is not clear. But the SPLC is happy to link any conservative cause to "hate." That shuts down debate without any need for direct censorship.

The Post article itself is a lazy attack on Common Core opponents, with the usual charge that opponents are against the standards simply because the president is for them. It’s a strange accusation, given that a number of liberal groups have stated their opposition as well. Nevertheless, Republican opponents are portrayed as extreme in the Post article, and the SPLC ups the ante by surrounding the link with variants of the word “hate.”

If even the most innocuous political position—say, preferring that school standards not be uniform nationwide—can be characterized in the media as hate and extremism, then weakening the First Amendment will not be necessary to control the discourse.
Posted by Jason Richwine at 8:45 AM No comments:
Email ThisBlogThis!Share to TwitterShare to FacebookShare to Pinterest

About half of teachers have education degrees

I received a request from Education Realist to detail how many and which types of teachers hold undergraduate education degrees, using the ACS data mentioned in the previous post.

The ACS provides five different occupational categories that pertain to public-school teachers. Here is their distribution in the combined 2010 through 2012 samples: 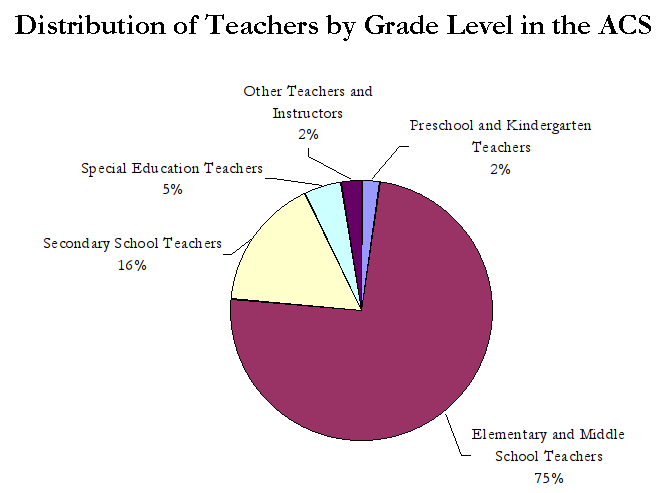 Right away we can see some limitations in the ACS data. It would be nice to separate elementary from middle school, and preschool from kindergarten, but we have to work with what's available. We also have to rely on the Census Bureau to accurately categorize respondents' descriptions of the work they do, and it's not clear that it has. The percentage of secondary teachers appears too low--I expected to see around 25 percent--which suggests some misclassification.

I created three categories for college majors: pure education, subject-specific education, and non-education. Included in the first category is any field that is primarily about pedagogy rather than an academic subject. They are the types of majors that people usually mean when they say "education":

By contrast, some teachers major in how to instruct a particular subject. Their courses of study are generally similar (and sometimes identical) to majoring in the subject itself, but with an added teaching component. These are the subject-specific education majors I found in the ACS: 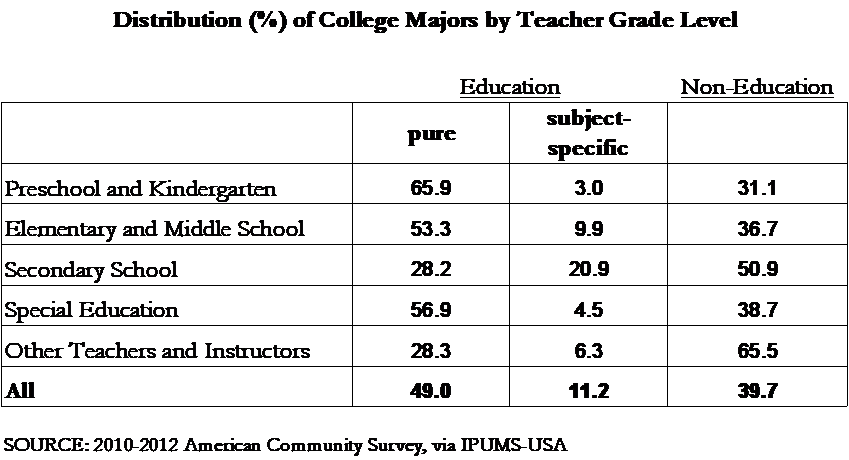