For a brief period in the early 1990s, I was interested in VH-1’s weekly ranking of music videos. One video that hovered near the top of the charts at that time was Meat Loaf’s “Rock and Roll Dreams Come Through.” It initially caught my eye for its high production quality -- including an early appearance by Angelina Jolie! -- but the song itself grew on me. It was an extravagant paean to rock and roll with several memorable lines, including, “You’re never alone ‘cause you can put on the ‘phones and let the drummer tell your heart what to do.”

The song was a single from Bat Out of Hell II, which became one of the first albums I would ever buy. The whole thing was amazing. And it turned out that the original Bat Out of Hell was even more amazing -- long and complex melodies, elaborate arrangements, over-the-top lyrics, Meat Loaf’s powerful voice -- it was rock opera at its finest. 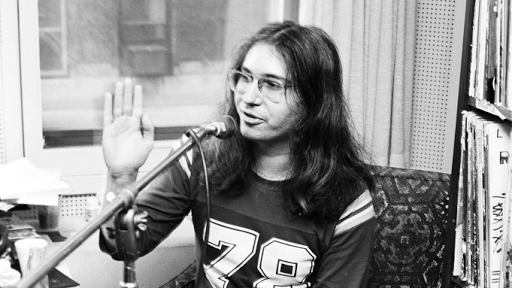 In the pre-Internet era, it wasn’t easy to learn the stories behind these albums. I remember being confused by the lengthy time gap between Bat I (1977) and Bat II (1993). As I bought more Meat Loaf albums from the 1980s, it became obvious to me that the quality was largely dictated by whether the songs were written by a guy named Jim Steinman. Both Bats had “Songs by Jim Steinman” featured prominently on the covers, and 1981’s Dead Ringer was also written entirely by Steinman. But other Meat Loaf albums featured only a couple of Steinman songs, and sometimes none at all. To be frank, most of Meat Loaf’s non-Steinman songs sucked. They didn’t even sound like Meat Loaf songs. Why did he bother singing without Steinman?

I learned later about the falling out that the two had. Accounts differ, but the basic story is that they were unprepared for the success of Bat I. Meat Loaf in particular did not handle it well. He strained his voice with excessive touring, abused drugs and alcohol, and became an all-around wreck. When it came time to record Renegade Angel, the new album Steinman had written for him, Meat Loaf was unable to do it. Some combination of burnout, drugs, and anxiety had affected his voice.

At the same time, Steinman felt slighted by the attention lavished on the guy who sang his songs. These were his songs, not Meat Loaf’s. In fact, in Steinman’s view, he essentially created the whole Meat Loaf persona that audiences saw on stage. He thought the album should have been credited to “Meat Loaf and Steinman,” or something to that effect, but instead he had to settle for “Songs by....”

Steinman decided to stop waiting for Meat Loaf to recover his voice. He completed the songs himself and released the album under his own name, with the new title Bad For Good. Steinman’s voice was decent, but it was unsuited to the bombastic songs that he wrote. He lacked the power and the range to pull them off. In fact, despite Steinman’s top billing, the lead vocals on the album were often handled by Rory Dodd, Steinman’s longtime demo and backup vocalist who could hit the high notes but still lacked Meat Loaf’s power.

Despite the vocal problems, Bad for Good is proof of Steinman’s independent genius. In essence, he made a Meat Loaf album without Meat Loaf. Everything is in the same style as the Bat albums, from the cover art to the arrangements. Even the vocal inflections we hear from Steinman/Dodd evoke Meat Loaf. The only thing missing was the quality of Meat Loaf’s actual voice. No offense intended against Meat Loaf here, but it’s obvious that Steinman was the main creative force in their partnership.

That became more evident with their diverging careers in the 1980s. While Meat Loaf recorded some forgettable albums with other writers, Steinman kept penning hits -- Bonnie Tyler’s “Total Eclipse Of The Heart,” Air Supply’s “Making Love Out Of Nothing At All,” Barry Manilow’s “Read ‘Em And Weep,” and Celine Dion’s “It’s All Coming Back To Me Now.” The first two songs on that list were simultaneously Billboard’s #1 and #2 songs, respectively, for four weeks in 1983. Rolling Stone called it “Steinman’s total eclipse of the charts.”

Steinman’s success with singles is all the more remarkable given his penchant for long, operatic songs. Most of them had to be cut down for radio play, and it didn’t always work. For example, one of my favorite Steinman compositions is Bonnie Tyler’s “Loving You’s A Dirty Job,” but it’s not the kind of song that can be fully appreciated on a first listen. In fact, it feels like two different songs mashed together, and it takes several hearings to get a feel for what Steinman was going for. I can see how it didn’t play well on the radio.

When Steinman reunited with Meat Loaf for Bat II, he wrote four new songs, led by the megahit “I’d Do Anything For Love.” Meat Loaf also performed older Steinman material for the album, including “Rock and Roll Dreams Come Through,” which first appeared on Steinman’s own Bad for Good. It seemed fitting that Meat Loaf could finally sing these words:

Meat Loaf was indeed blessed, as the album rejuvenated his career. But he and Steinman parted ways again afterward. My sense is that they were simply at different stages of their careers. Steinman was at the end of his creative peak, and he wanted to use some of his material in musical theater and other miscellaneous projects. Meanwhile, Meat Loaf’s voice was as sonorous as ever, and he was eager to seize on his newfound popularity. When he quickly followed Bat II with Welcome to the Neighborhood, I was disappointed to see only two Steinman songs, neither of which was a new composition.

I drifted away from Meat Loaf after that, but I’ve periodically delved deeper into Steinman’s oeuvre. There is actually a lot more to appreciate than just the Bat albums and the big hits. For one thing, there’s 1981’s Dead Ringer, a set of songs that Steinman wrote for Meat Loaf just before they first parted ways. Steinman’s involvement in the production was limited, and Meat Loaf’s voice had not fully recovered, but the album still has some strong tracks, including a duet with Cher.

I’ve already mentioned that “Loving You Is A Dirty Job” is underrated, but all of the songs Steinman wrote for Bonnie Tyler are entertaining. Once again, they sound a lot like Meat Loaf songs. It’s like hearing the Meat Loaf albums that never happened in the 1980s. I especially recommend “Ravishing” and “Faster Than the Speed Of Night.”

Although almost all of its tracks showed up on later Meat Loaf albums, Steinman’s own Bad for Good is still worth a listen, and not just to hear the strange vocals. Some of Meat Loaf’s Bad for Good covers were not produced under Steinman’s supervision, and they suffered as a result. For example, despite his superior vocals, Meat Loaf’s version of “Surf’s Up” was not arranged well enough to compete with the original.

Then there’s Original Sin. It’s a concept album Steinman wrote for a group of no-name singers. Most of the good tracks have since been covered by more famous artists, but the album does contain one uncovered and underappreciated song, “Safe Sex,” which may have struggled because the title is misleadingly risqué. (The lyrics are actually tame.)

And there’s still more. Steinman’s “Tonight Is What It Means To Be Young” is a great number from the movie Streets of Fire – it’s great, that is, if you’re prepared for a full 1980s aural immersion. “What Part Of My Body Hurts The Most?” is a nice ballad. “Braver Than We Are” is epic and haunting.

Now, despite all of my gushing, I sympathize with Steinman’s critics: There’s a fine line between epic and bombastic on one hand, and repetitive and bloated on the other. Steinman sometimes found himself on the wrong side of that line. In the full version of “Total Eclipse of the Heart,” the musical intro is twice as long as it needs to be, and the “Every now and then...” verses seem to go on forever. In the 12-minute album cut of “I'd Do Anything For Love,” there are not one but two sections where a chorus just repeats “I'd do anything for love, anything you've been dreaming of, but I won't do that” over and over and over. And if you think “Objects In The Rearview Mirror May Appear Closer Than They Are” is a mouthful of a title, wait until you hear the line repeated 24 times.

There was a time when I would mentally edit Steinman’s songs while I listened. If only he would have just cut that, and then moved that there, and shortened this, and so on. But eventually I learned to love his music, warts and all. When a genius has a vision, I think it may be best to just let him try to realize it, even if the finished product isn’t exactly what you think it should be.

Jim Steinman died last week after many years of poor health. His personal life remained a mystery to the end. I have never heard him romantically linked to anyone, and the only survivor the media have been able to identify is a brother named Bill. I’ve read that his lifestyle followed his music in tending toward excess. That may be what contributed to his series of strokes starting at a relatively young age. I wonder what additional music he may have written if his body would have cooperated. I’m tempted to say he should have taken better care of himself, but, again, leave geniuses alone.