A prominent study of public opinion on same-sex marriage was recently retracted after revelations that the data were fabricated. Academic fraud of this sort is contemptible, but at least it is relatively rare and publicly condemned once discovered. 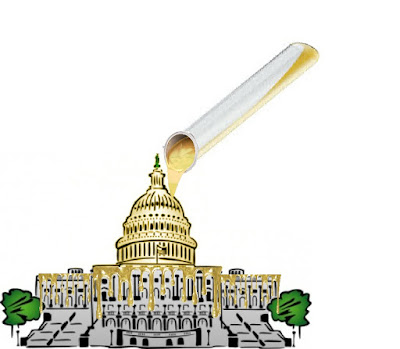 Much more common – but less often recognized – is the misuse of legitimate research for political purposes. That's the subject of my new essay for the journal Public Discourse:


As someone who deals with numbers for a living, I want to see public policy informed by data to the greatest extent possible. When empirical evidence helps policymakers better understand an issue, that’s terrific.

But misusing science for political ends is just as bad as ignoring it altogether. Sometimes the misuse comes from portraying weak evidence as conclusive. (“A tiny demonstration project from the 1960s proves that universal preschool would be a great investment.”) Other times, it involves lumping objective findings with a subjective policy prescription. (“To fight global warming, Science demands that we pass the president’s cap-and-trade plan.”)

I call such misuse the "science-gilding" of public policy, since advocates are trying to gild their political positions with the veneer of science. My essay uses the alleged "public health case" for same-sex marriage as an example, but I encounter science-gilding in many different areas of public policy, from preschool to climate change to immigration. Why isn't it exposed?


Science-gilding has occurred on both sides of the same-sex marriage debate, but it is generally the side favoring redefinition of marriage that gets away with it. One reason is that most of the mainstream media are sympathetic to same-sex marriage. The more important reason, though, is that reporters are easily swayed by statements from respected organizations like the [American Public Health Association]. They usually have neither the time nor the expertise to dig into the research and discover that the emperor has no clothes.

Hence my essay. If it helps the media develop some much-needed skepticism about "authoritative" scientific pronouncements, perhaps science-gilding will become less prevalent.
Posted by Jason Richwine at 7:22 PM
Email ThisBlogThis!Share to TwitterShare to FacebookShare to Pinterest