The myth of time diversification

Investments become safer the longer you hold them, right? If you think so, your reasoning probably goes something like this: The stock market is cyclical--sometimes it's up, sometimes it's down--but it has a generally upward trajectory. So year-to-year deviations from the average (or "expected") return are likely to cancel out, and you'll end up with the expected return in the long run. In other words, the risk of under-performing expectations over a long period of time approaches zero. 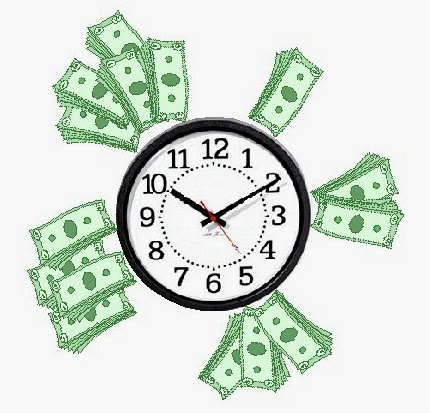 You've fallen for the time diversification fallacy. It's generated by a confused focus on the average yearly rate of return as opposed to what really counts--the cumulative return. Put simply, the risk of a sub-par average yearly return goes down over time, but the effect of such a low return--should it occur--is far more harmful to a portfolio when it occurs over a long period compared to a short period. Therefore, the risk of a large cumulative loss actually goes up the longer an investment is held.

For a numerical example of what I mean, please read the third fallacy discussed in my paper, "Nine Fallacies Used to Defend Public-Sector Pensions."

Or consider what finance professor Zvi Bodie noted about long-term put options. A "put" is basically an insurance policy that an investor can buy. Say you invest $100 in a risky asset that you expect to grow by 10 percent each year. You can purchase a put option that guarantees you the right to sell the asset in one year for the $110 that you're hoping for.

Like all insurance, put options cost money. Bodie noted that if time diversification is valid, then the cost of put options should go down as the time horizon becomes longer. Take your $100 investment. Since its expected annual rate of return is 10 percent, then you should have $110 after the first year and $259 after 10 years. If investments get safer over time, it should cost less to guarantee the $259 after 10 years than to guarantee the $110 after one year.


Why does all this matter? Well, it suggests some important investment advice: If you consider an investment too risky over one year, don't invest in it for the long-term either! In a public policy context, the time diversification fallacy is the basis for claims that public pensions need not worry about long-run risk. (They actually should.) It also shows up in the case for "collective" defined-contribution retirement plans. I wrote about collective plans recently for the Agenda.
Posted by Jason Richwine at 3:31 PM
Email ThisBlogThis!Share to TwitterShare to FacebookShare to Pinterest