Keepers of the conventional-wisdom flame

When a sufficient number of thought leaders endorse some nugget of conventional wisdom, that wisdom becomes seemingly impossible to knock down. Even with contrary data and evidence at hand, the conventional-wisdom flame burns on and on. 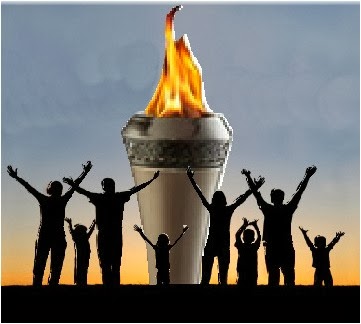 One of those nuggets is what Eric Hanushek calls "input-based schooling policy." It's the idea that public schools can be improved with more inputs: more teachers, more administrators, more licenses, more certifications, more classrooms, more textbooks, more computers, and more and more and more spending.

Although there is little empirical support for the input model--see the link above--it's still regarded in non-expert circles as a matter of plain common sense. I have an example of this from an unlikely place: The Onion. We can learn a lot about what people think based on the jokes they tell, and in that sense the Onion is a big, shining reflection of conventional wisdom within the intellectual class.

Here's a 2011 Onion article: "Budget Mix-Up Provides Nation's Schools With Enough Money To Properly Educate Students." It's fairly funny as these things go. But we're supposed to laugh because we all "know" that schools could be so much better if only they received more money. The message is that spending more on schools is so obvious that only someone who cares nothing for children could be against it.

I wish it was just the Onion that keeps the conventional-wisdom flame burning. But so does America's newspaper of record. The New York Times editors recently gave their interpretation of international test score rankings, and it's a tour de force of conventional-wisdomizing about schools. Does the U.S. need elaborate teacher training, centralized school funding, and more egalitarianism? Conventional wisdom says "yes," and the Times' editors whole-heartedly agree. I criticized the editorial in a piece for National Review:


Glancing at the list of the best-performing countries, the editors tell some just-so stories to explain the PISA rankings. They start with Finland, which is said to have strict teacher-training requirements. Is that a lesson for education policy that, in the Times’ words, “can no longer be ignored by the United States”? While it’s true that education training in the U.S. generally lacks the rigor of other college-level programs, there is little evidence that increasing formal entry requirements – e.g., creating a “teacher bar exam” – will ultimately improve teacher effectiveness....

The Times editors have engaged in what education scholar Jay Greene calls the PISA Rorschach test. The rankings are like an inkblot, and what people see in the inkblot is not a new insight, but rather a reflection of their preexisting preferences. To glean any real lessons for education policy from the PISA data, the Times’ editors will need to look somewhere other than deep within themselves.

Read the whole thing here.
Posted by Jason Richwine at 8:55 AM
Email ThisBlogThis!Share to TwitterShare to FacebookShare to Pinterest